Rebel. Jock. One wants to break free of high school’s cliches and another wants to be a part of all its traditions. How will two people from different worlds learn to tolerate each other?

Shuffle, Repeat follows June, an academic rebel who dreams of leaving high school and all its pathetic traditions. Enter Oliver, the school jock who takes her to school everyday after an agreement between their Mums. Oliver’s optimism about high school and all its greatness and June’s pessimism soon clash so they settle it with music – whoever comes up with a point to validate their views on high school gets to choose the song on the playlist, much to the others chagrin. Soon the songs fade to the background as they find out more about each other, and see that the world isn’t as black and white as they once thought…

I liked this book. Appearances weren’t what they seemed and I felt all the teenage angst and hilarity interspersed worked well.

My points of interest:

– June was an intellectual MC who was also this high school rebel. She disliked all the popular cliches of high school (like prom) but also prided herself on her smarts. Her boyfriend and friends all shared these views and I liked reading about it. She had the brains to back up her views.

– Oliver was…interesting. He’s your typical jock but I found myself warming to him a lot. He was quirky and had layers and tried to do the right thing despite mixing with the ‘popular’ ones. His caring side came out with June and I lived for those scenes.

– The music aspect only lasted a little while as conversation happened more freely once June and Oliver got to know each other. Since the whole premise was about the music, it should have had more of an impact, but it didn’t bother me as much as it should. I wanted to know more about them so I was okay to let it drop.

– I liked the friends to lovers aspect of the book. Despite both MC’s having partners, their chemistry was hard to miss and I was waiting for them to figure it all out and respectively get together once they were both single. Opposites do attract, you know?

Overall, this book is that gritty, no nonsense high school drama book you need. It has the romance factor to keep you enticed and will surprise you with its scope of storytelling. Give it a go! 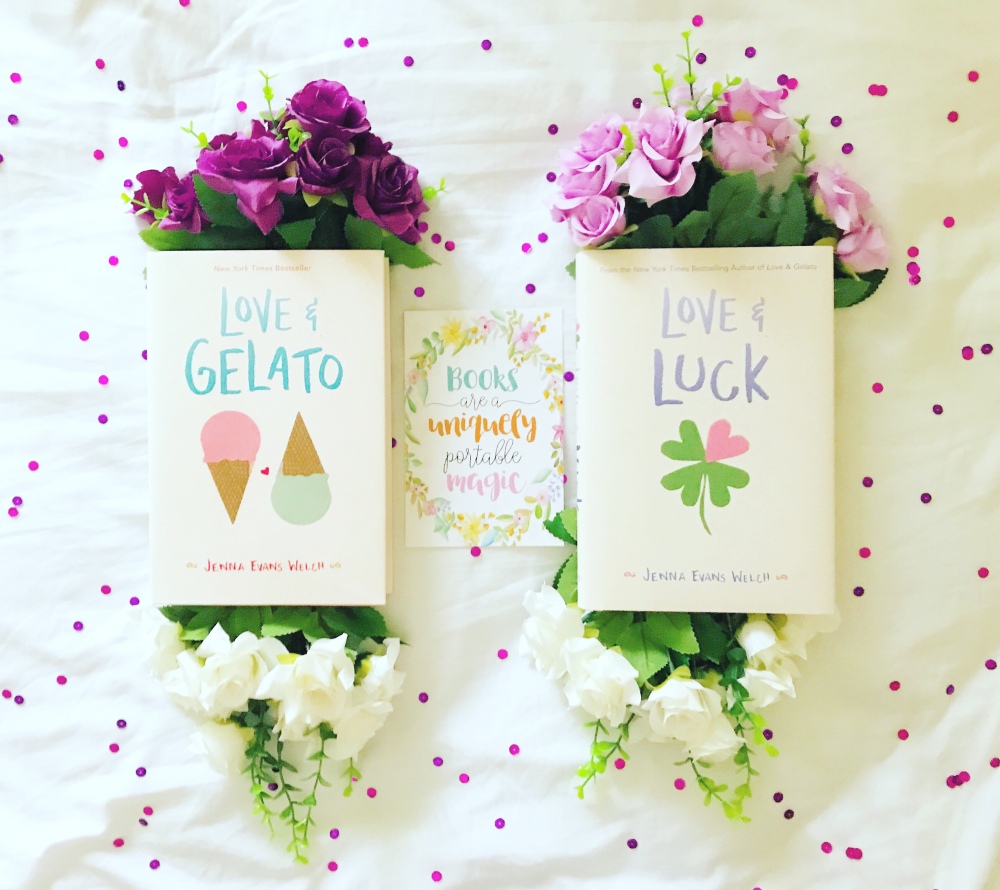 A heartwarming story crisscrossing over Ireland’s main tourist spots, Love & Luck is that book that you’ll want to curl up with in front of a fire.

Following Addie, the friend of Lina’s we were introduced to in Love & Gelato, we see her go to Ireland for her Aunt’s wedding. She’s suffering from heartbreak after things ended badly with her boyfriend, and as a result, her close bond with one of her brothers, Ian, is tarnished as they were on the same football team. Knowing she’s going to Italy to see Lina soon with Ian, she feels relieved, but all goes to hell when Ian bails before their plane leaves. Introduce Rowan, the Irish friend Ian’s befriended who he’s going on a musical odyssey with around Ireland, and Addie is left to tag along on this journey with them. With her handbook, Ireland for the Heartbroken, on hand, she travels with them around Ireland’s beautiful landscape in the hopes of healing her broken heart.

So I like Love & Gelato just that bit more as it was more ‘romancey’. This book focused more on a sibling bond which was nice with some romance aspects woven through. But I’m realising Jenna Evans Welch writes these great witty books so I’m going to put my hand up for whatever she gives us next.

Some points of interest for me:

– Addie’s internal monologue was so witty and I just loved reading it. Her reactions were everything and I liked how she was depicted: strong willed, ferocious and caring.

– I like the guidebook aspect in the book as it added an extra layer of information about Ireland. The history of some of Ireland’s spots was lovely to hear about and the lady narrating it was so endearing and funny.

– Ian and Addie’s relationship was an interesting plot focus. There’s different forms of love, and seeing a sibling bond play out with all its ups and downs was interesting. I liked how protective her brothers were of her, and how Ian always had her best intentions.

– Ian and Rowan’s friendship bewildered me for a minute. When we first met Rowan, Ian was sneaking off with him and I just remember thinking, “Are they together?” I just felt they had a secret and that them being together would be a plot point. But no, just friends as Rowan and Addie had something throughout the book.

– I liked how the book had this theme about not judging a book by its cover. Ian was meant to get into college through football but really just wanted to get into writing about music. Addie discovered more about herself through her journey and found she was way stronger than she thought. And then Rowan learning how to move on from his parents divorce. We see the characters as one sided but then they gain so much depth the more we read.

If you want that cute contemporary read to warm your heart, pick up Love & Luck. It balances important themes with the lightness of a contemporary and will make that travel bug in you come out! 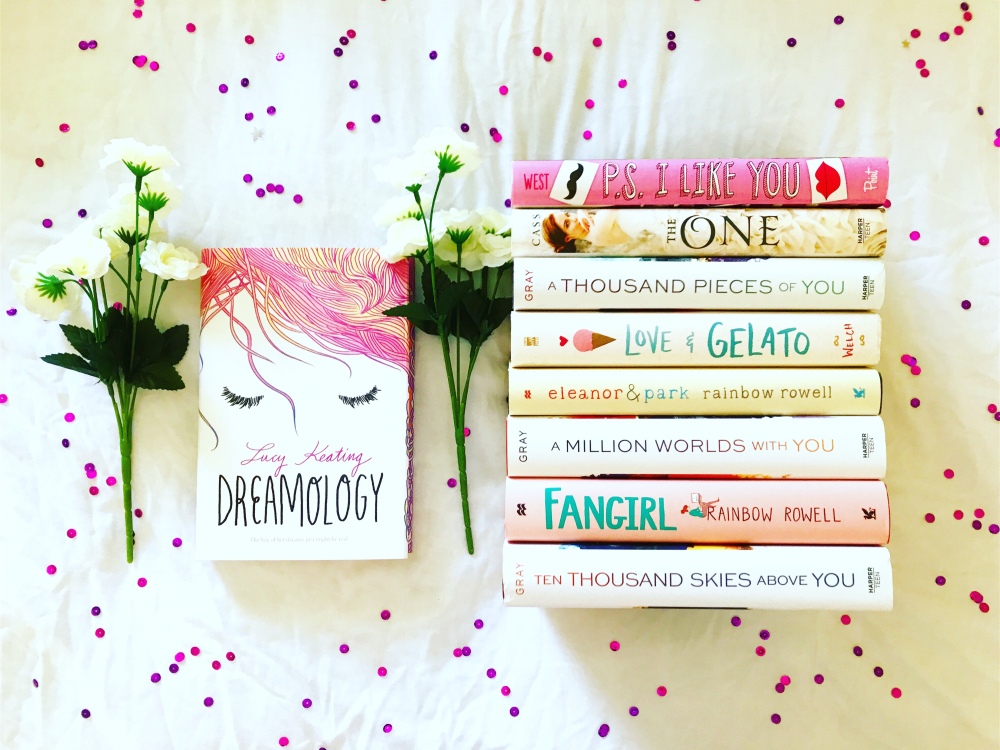 A book where literally anything is possible, Dreamology encaptures the whimsical sense of being in a dream while intertwining it with the realities of falling in love for the first time.

The story follows Alice, whose dreams have been filled with Max since she was six years old. He’s her boyfriend in her dream state, and they achieve the impossible every night where they go literally anywhere.

All things come to a stop when Alice moves house and goes to her new school and sees Max, in the flesh, in the same classroom as her. Is it really him? Is she going crazy? Does he recognise her too? The lines between reality and make believe start to blur while Alice tries to make sense of it all…

I really enjoyed this book. The premise sounded interesting, and like with most contemporaries, it had depth to it that made me like it even more.

– Alice was an exceptional MC. She was so witty and I just loved reading from her POV. She was quirky and out there and I just related so much. Do you know those weird things you think in your head or say out loud? Things people who are socially awkward do? Yep, Alice said them and it instantly made me feel at home.

– Max was sweet. He was shy but you could see his bond with Alice was so strong. They really were each other’s life forces in a way.

– Oliver was a great side character. He was troublesome and charming with the ability to lighten up Alice’s life. He’s the kind of friend you want as he really could turn your frown upside down.

– The direction of the plot was kind of a let down for me. I thought it’d follow Alice seeing the guy from her dreams in real life, and him not know her. She’d have to get to know this new Max whilst also convincing him they’re perfect for each other. This sadly wasn’t the plot. Very early on Alice sees Max and it turned out they both dreamt of each other. A company called the CDD (Centre for Dream Discovery) became part of the story as they both went there when they were younger to help with nightmares they were having. A mix up in therapy, and they both started dreaming of each other. A bit out there, I still think I’d have preferred a slow mystery for the romance.

– Alice’s relationship with her mother wasn’t explored enough. We see Alice at the end write to her mother to see her, and her mother respond by saying she didn’t have time to. It was heart wrenching and awful, but Alice’s response was hardly conveyed. I also felt her mother’s departure from the family wasn’t explained enough either.

Overall, this book was the cute read I was after. The characters were really likeable and I just loved the premise. Give this one a read if you like a bit of make believe in your life! 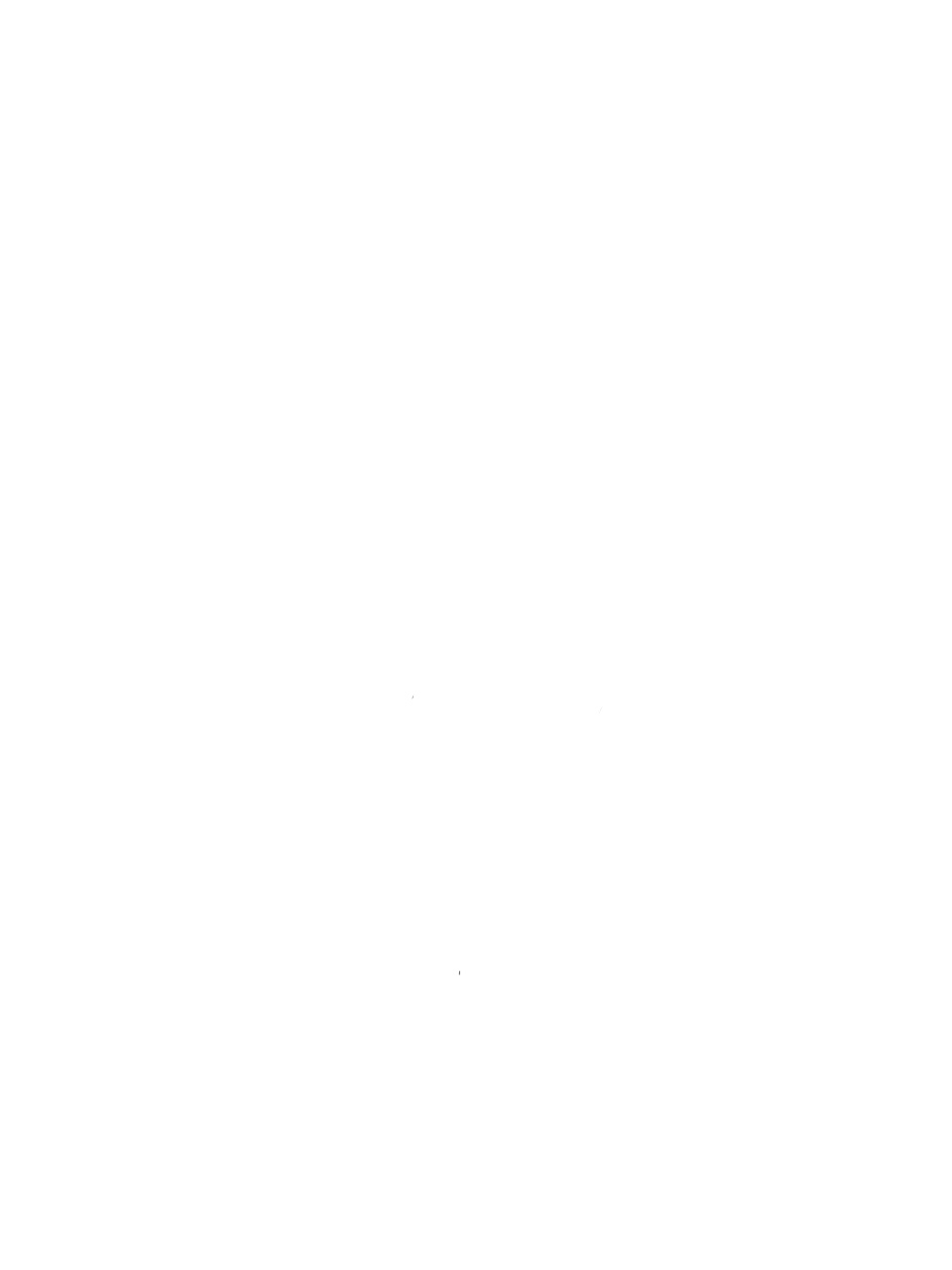 One boy. One girl. 14 different perspectives. Lets see how they fell in love…

A Little Something Different was a cute quick read. The story follows Gabe and Lea as they navigate from friends to lovers through the ups and down of life. They both take the same creative writing class, order the same take out, and know the same pop culture references and it seems everyone knows they should be together except themselves. Told from fourteen perspectives (never Gabe or Lea’s) the book was able to give a lot of information without feeling bombarded.

Here are my main points:

– I thought with fourteen perspectives it’d be overwhelming but trust me, it wasn’t. Key characters got more page time, and I actually enjoyed the change in characters throughout. We had the creative writing teacher, the delivery guy, Lea’s friends, Gabe’s friends, and we even got viewpoints from a squirrel and the bench the characters sit on! It somehow all worked.

– I liked Gabe as a character. He’s hella shy and it was nice to see a guy genuinely awkward around someone he likes. His backstory played a big part of his character and I enjoyed seeing some depth to him. Everything isn’t what meets the eye and I liked finding out more about Gabe.

– Lea was a nice character to read. She was understanding, kind but was also able to hold her own.

– For a quick read, I felt everything was spaced out and it didn’t feel rushed. I didn’t need anymore than I was given (maybe a bit more of Gabe and Lea together at last!) but overall was pleased.

Overall, if you want a cute contemporary read, pick this one up. It’s a light read for those who want some brightness in their life, and a set of characters to keep you on your toes.

I loved this book! It was a win-win situation, as not only was this book great, but I’ve now got a new contemporary author to add to my list.

P.S I Like You follows Lily, an eccentric teen who fills her time with songwriting, making her own clothes, and trying to get through high school. Struggling to write the perfect song for a songwriting contest, she finds inspiration when she idly writes lyrics on her school desk to have someone write back. Throughout writing letters to her new pen pal, she learns about herself, navigates her way through her hectic family life and ultimately finds out that there’s more to a person than meets the eye.

A cute, heartwarming tale of a story, P.S I Like You was an enjoyable read for lovers of romance with a bit of a mystery twist.