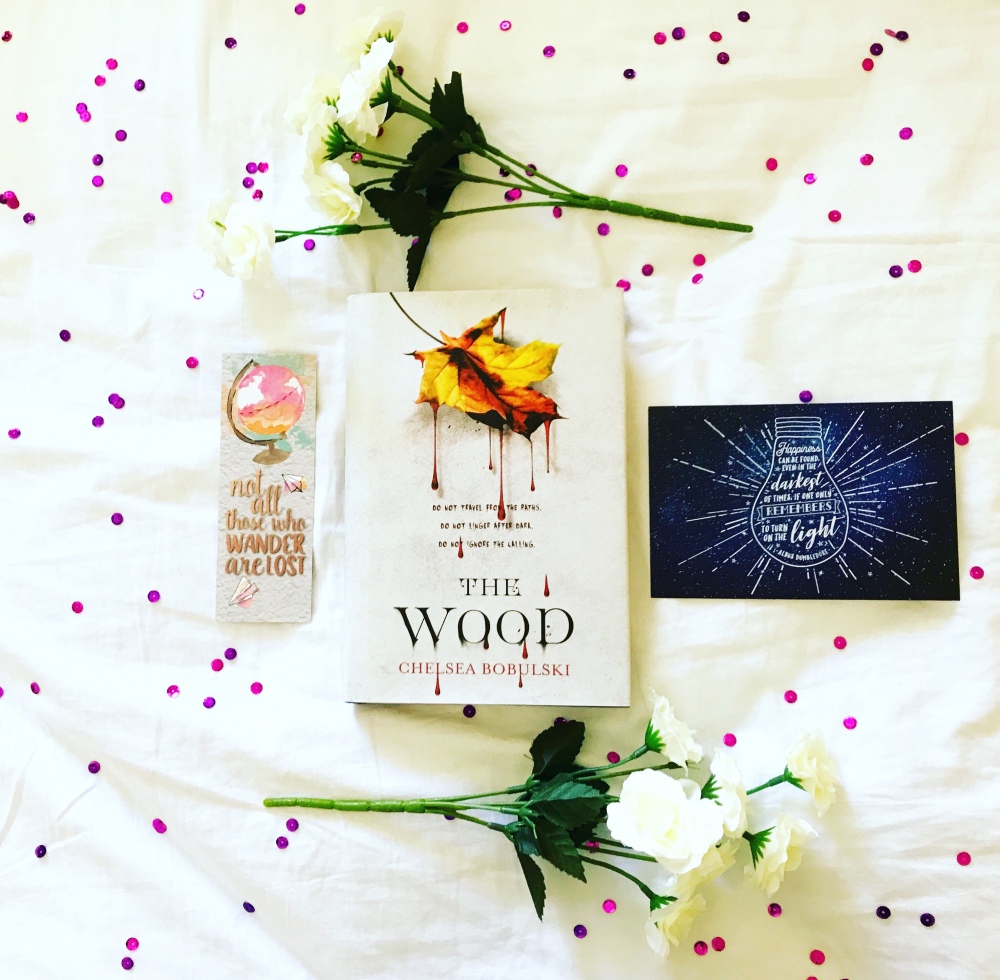 The Wood by Chelsea Bobukski completely shattered by expectations of it. I hadn’t seen it around anywhere except for Goodreads, but was so surprised at how enjoyable it was to read.

The story follows Winter, a teenager who lives as the sole guardian of the wood near her house after her father goes missing. The wood is like no other, as there are portals to other times and dimensions in history throughout it. Its in her blood to stay on the distinct paths and guard the wood from outsiders, with her often steering travellers who accidentally fall through a portal into her wood, back to where they came from. All hell breaks loose when an 18th century man called Henry enters her wood looking for his parents, and a link is established between these two teenagers. Relationships and order are tested, and the Council who control the Woods are brought into the whirlwind of questions…

– I reaaaallly appreciated the dynamic of the world created. Realism meets fantasy is sometimes hard to portray, but I felt it meshed really well in this book. I also loved the personification of the wood when things became sinister. It was a living thing. The shadows became monsters and I loved the imagery of a black tar like substance oozing off the leaves.

– Winter was a well balanced character. Her grief for her father was managed well, and her wit lightened the book.

– Henry was a joy to read. Obviously unknowledgable in anything modern, I liked reading about him discovering what a TV is, how electricity works and other tidbits of modern society.

– The relationship wasn’t angsty. YA books can be a bit intense but I found this one handled quite maturely. They developed feelings, but were wise to the situation that they wouldn’t really have a solid chance at being together as they were from different time periods. Yes to mature teenagers!

Overall, I was one happy gal with this book. I appreciated the light and dark within the book, and the character dynamic. Pick this one up!